Arts Education Building Steam in L.A. Area Schools
By Kathleen Kennedy Manzo
Midway through a 10-year initiative to restore arts education in Los Angeles-area schools, the program has expanded to 27 districts serving some 450,000 public school students.
At a time when regular offerings of art, music, dance, and theater have generally declined around the country, one-third of the 80 districts in Los Angeles County have agreed to provide such programs, and many have hired arts administrators and educators to carry them out.
Through Arts for All, the county’s blueprint for strengthening its arts programs in grades K-12, more schools are providing regular, separate arts lessons, hiring artists in residence, acquiring more instruments, hiring arts staff, and hosting community arts activities.
“It’s a great accomplishment when you think that when we started in 2002, just one district in the county had adopted a long-range plan for arts education,” said Ayanna Hudson Higgins, the arts education director for the Los Angeles County Arts Commission, which administers the program.
The Los Angeles Unified School District, the nation’s second-largest with 700,000 students, adopted its own 10-year plan before the Arts for All initiative. “Now, we have many districts that have made a conscious decision to create and actually implement a plan for arts education,” Ms. Higgins said.
‘A Good Sign’
As urban districts are pushing the arts and other curricular areas to the margins of the school day in order to devote more instructional time to mathematics, reading, and science, arts education advocates say the drive in Los Angeles County is encouraging.
“It’s very thoughtful in its design, in that it makes it concrete and gets a sustained commitment from districts for financing and policy that support the program,” said Richard J. Deasy, the director of the Arts Education Partnership in Washington. The group of 100 education and arts organizations, foundations, businesses, and government agencies works to ensure a place for the arts in state school reform efforts.
“To see this activity in California, given the funding situation, and in its largest metropolitan area, and some other signs in the state that the arts and arts education are being taken seriously is a good sign,” he said.
Representatives of Arts for All helped lobby last year for more state funding for arts education as well. The campaign paid off when Gov. Arnold Schwarzenegger, a Republican, included $105 million in ongoing funding and a one-time $500 million allocation in the current fiscal year budget for school arts programs throughout California.
Mr. Deasy said the Arts for All program follows many of the features that have been found to be effective in providing a solid arts foundation and using the arts to improve student learning overall.
A 1999 report by the partnership, for example, found that districts with strong arts education programs had devised a school board policy providing for strong arts instruction, hired a district-level coordinator of such programs, and lined up local and private resources to underwrite it.
The Los Angeles County Board of Supervisors adopted the Arts for All plan in 2002 to address the decline in arts education in the county’s 80 school districts, primarily as a result of budget cuts.
Representatives of the entertainment industry and arts and education organizations pooled resources to help districts jumpstart the venture and provide professional development. Participating districts agree to adopt policies that strengthen arts education, craft an implementation plan and timeline, and devote 5 percent of the education budget and employ at least one certified arts teacher for every 400 students.
Five districts signed on during the 2003-04 school year. Thirteen others did so in subsequent years. Nine more announced last month that they would join the initiative in the 2007-08 school year.
‘Fundamental’ Offerings
For students in the Compton district, where 95 percent of the 30,000 students qualify for the federal free- or reduced-price lunch program, and nearly all are from minority groups, a resurgence in arts instruction has taken place since the district signed on to Arts for All three years ago, according to Lanette White. The arts coordinator was hired last year to oversee arts education programs in the district’s 40 schools.
Each of the district’s three high schools now has a band director, schools have textbooks for arts-related classes, and throughout the district arts are at the least a weekly part of the curriculum.
“Before, opportunities for doing art and music were much more sporadic, mostly parent-generated, and offered as after-school programs,” said Ms. White. “For a Title I district and a program improvement district to commit this kind of time to arts education shows that we believe that it is fundamental and necessary for our kids to develop academically.” 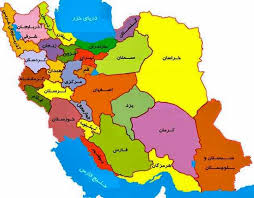